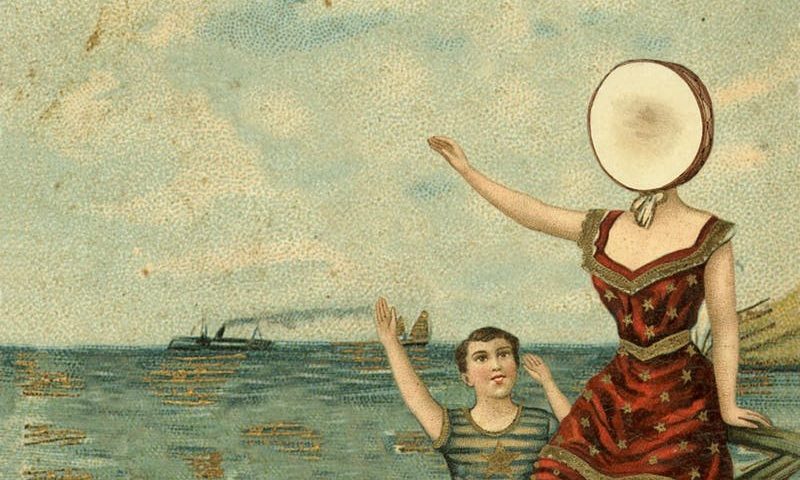 What should you be listening to? Clearly, the answer is Neutral Milk Hotel’s 1998 indie classic, In the Aeroplane Over the Sea.

Fronted by the semi-reclusive Jeff Mangum, this band with a one-of-a-kind name recorded a one-of-a-kind album (horns, saws, all verses and no choruses) about a one-of-a-kind subject (Anne Frank) that resulted in a one-hit moment (they have released no albums since). The album is absolutely entrancing from start to finish, with lyrics and subject matter reaching far beyond the standard pop fare of I love you and Why did you do me like that on Instagram, you feel me?

Because the album should be taken as a whole unit of expression, it is hard to pick highlights. But if forced to, “The King of Carrot Flowers,” “In the Aeroplane Over the Sea,” “Holland 1945,” and “Two-Headed Boy, Pt. 2” are three genius moments of pop expression.

This album is a breathtaking feat of imagination, and it crosses boundaries which currently receive more scorn than in previous eras: imagining yourself as someone other than who you are, whether it be in gender, race, religion, or culture. Such imaginative work takes courage and a willingness to risk spectacular failure. That alone is admirable, and in the case of In the Aeroplane Over the Sea, the result is one of the best, and largely unknown, rock albums ever produced.

While dark at times, the album is also filled with great moments of beauty, such as the opening verse of the title track: “What a beautiful face / I have found in this place / that is circling all round the sun. / What a beautiful dream / that can flash on the screen / in the blink of an eye and be gone from me, / soft and sweet.” It is also rare for such music to delve directly into history, and the opening of “Holland, 1945” pulls no punches when detailing Anne Frank’s death in the Holocaust: “The only girl I’ve ever loved / was born with roses in her eyes / but then they buried her alive / one evening 1945 / with just her sister at her side.” This is all packaged in the great irony of a song that is furiously upbeat. Put another way, it rocks. (I saw them perform this album live. It was a transcendent experience.)

If you like rock music, or alternative, as well as things off the beaten path, this is album for you. It’s a tour-de-force where an artist becomes completely possessed with their subject and then decides to be really loud about. it This album is a passion.

This work gets 5 out of 5 chicken wings.

Chuck Rybak is the Dean of the College of Arts, Humanities, and Social Sciences at the University of Wisconsin-Green Bay, where he teaches literature and creative writing. He is the cohost of the Canonball podcast.