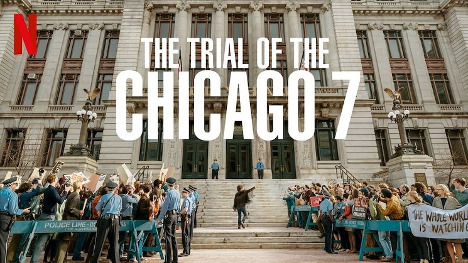 2020 was certainly a year to remember (or forget). While history books will likely remember it for the world-wide pandemic, it was also a year of protest on both the left (BLM) and the right (Stop the Steal) and at the beginning of 2021, the world witnessed a coordinated assault on the U.S. Capitol that attempted to subvert democracy in the name of protest. While both sides of the political aisle have expressed shock and outrage, protests, even violent ones, are not new to the U.S. The events and debates over social and racial justice in 2020 in some ways recalled those during the Civils Rights era and the struggle for social, racial and gender equality. Protests and confrontations also arose in opposition to the U.S.’s involvement in the Vietnam War and In many cases were violently suppressed.

But is our right to protest more accepted and protected today as a result? Is protest still an effective means of affecting social change and seeking justice? These questions that were so much part of the national debate in 2020 were also on the forefront in 1968, when politics and protest converged in August of that year at the Democratic National Convention in Chicago. Like in 2020, 1968 had been a violent and turbulent year. Both Martin Luther King Jr and Robert Kennedy had been assassinated just months earlier and the Democratic Party was split between an anti-war faction and the traditional wing of the party. Various groups announced their intention to gather in Chicago for the convention and to push for social change, racial justice, and an end to the war. Chicago Mayor Richard Daley, however, wanted to ensure that the convention was not interrupted and that the city would be presented positively to highlight his reforms so he refused to issue permits for protests or gatherings. Instead he responded with a blunt show of force from the Chicago police and the National Guard. These actions only inflamed the situation, led to mass rioting and bloodshed, and turned the protestors against the police who increasingly used violence to diminish the crowds. Scores were arrested and hundreds were injured.

Of those arrested, seven (eight actually when including the wrongly accused Black Panther Bobby Seale) were famously put on trial in proceedings that themselves became an event. For almost four months, the trial of the Chicago 7 made headlines with testimonies from prominent personalities (Allen Ginsberg, Judy Collins, Norman Mailer and Arlo Guthrie) that made the defendants—Abbie Hoffman and Tom Hayden in particular—infamous and in many ways household names.

While the events surrounding the protests and the convention are ripe for cinematic treatment themselves, Aaron Sorkin used the trial as the basis for a film of the same name now streaming on Netflix. Sorkin, perhaps best known for his screenplays for A Few Good Men, The West Wing, Charlie Wilson’s War and others, delivers a very timely work that touches on debates still relevant today. While the film was made and produced prior to the events of January 6 (and thus initially reflected more on the BLM protests), it nonetheless raises important questions about protests, counter-protests and the fairness of our judicial system. For those not familiar with the individuals on trial or the history of the 68 Convention, some background reading might be in order before watching the film. However, even if your unfamiliar with Hoffman and his Yippes, the film, based on the court transcripts with some poetic liberties for dramatic effect, is still an engaging watch. Sascha Baron Cohen gives an outstanding performance as Abbie Hoffman and shows his incredible range as an actor (see Borat and The Spy). To be sure, the film is sympathetic to the accused and provokes outrage over Judge Julius Hoffman’s judicial misconduct (even though Sorkin feels he only portrayed a fraction of the terrible things that the Judge actually did), it also explores questions of police violence and the demonization of protestors, which Sorkin sees as central to the previous administration’s rhetoric and approach to the Black Lives Matters movement. Anyone interested in courtroom dramas, social protest or just an engaging treatment of a somewhat forgotten incident in our recent history should stream The Trial of the Chicago 7.