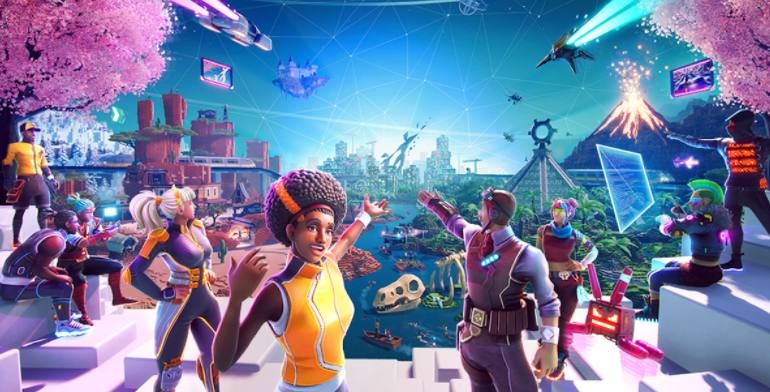 Late last year, I did something I swore up and down I would never do – I bought a virtual reality headset.

Virtual Reality had been, to me, better in concept than execution. It was too expensive, too bulky – and in many ways it still is, with many high-end headsets costing nearly if not over $1000. This is not to mention the fairly expensive high-end PC you would need to render the games at a playable resolution and framerate, a prospect made even more expensive recently by graphics card shortages as a result of supply chain shortages and cryptocurrency mining. There’s also the problem of accessibility – disability advocates and researchers have pointed out despite its potential benefits, the nature of VR makes it extremely difficult for those with physical disabilities to use. Even just as someone who needs glasses, wearing a headset over them seemed uncomfortable at best. But even philosophically, I was hesitant to jump on board. I always joked that I would basically give up on video games when they became the Holodeck from Star Trek, as I was pretty convinced a virtual world that you could occupy fully and caters to your every imagined whim would be the end of the species – a concern lessened somewhat by the fact we’ve found no end of other ways to doom ourselves, at least.

So, I was a skeptic. But, I also work in a field where keeping up with new technology and how games use it is vital. So, when the Oculus Quest 2 headset started getting promotional deals during the holidays, I decided it would be worth it from an academic standpoint to check it out. It solved the cost problem – the entire device is $300 out of the box, with everything necessary to play games and explore virtual spaces with decent-if-not-great graphical and audio fidelity. Many games offer accessibility modes for different levels of ability and comfort, as well, solving that issue, and the device came with a “glasses spacer” insert to accommodate frames (it still doesn’t really fit right, though, and it’s hard to take off the headset without also having to fish the glasses back out – the next step would be to get prescription lenses for the headset, but that seems like creating a problem to solve via commerce and I do not want to reward such behavior). The “losing oneself in the game” aspect was also solved, though primarily because the headset becomes somewhat uncomfortable after long periods of play and the visuals are low-resolution and abstracted enough in most cases to make it clear you are in an artificial environment. So overall, I had fun. I danced with a robot and threw paper airplanes. I swung a lightsaber around, both to fight Stormtroopers and to dance to the beat. I blasted through shooting galleries of zombies, even did some fishing. And my skepticism waned – the technology had potential, transporting my physical presence and actions into a virtual world through optical tracking and trickery. The mind races at the potential not only for game design, but for empathy, health care and pain management, and architecture, among other purposes. Of course, education is extremely interested in the prospects of the metaverse too – consider the idea of having virtual reality courses in different “locations around the world”, as the University of Miami is experimenting with. Here, finally, was a device that showed the potential and promise of VR, aimed at a price point and usability level for mass adoption. The impossible had happened. I had come to…like VR.

And yet new problems arose.

See, the reason that headset is so cheap is that Oculus is owned by Meta, a name which I refuse to use on principle. Because Meta, as you know, is Facebook – or at least that company name is an attempt to rebrand itself as a forward-thinking steward of the coming “metaverse” future and not, you know, the purveyors of human misery, rampant misinformation, election interference, and invasive advertising we now know them to be. Indeed, the Quest is built into the Facebook architecture and pulls a lot of your information from the account when you log in; while the company no longer requires a Facebook login going forward as of late last year it was still enough to keep me from getting one for a long time.

This is all part of Facebook’s plan to bet big on the “metaverse”, a nebulous concept with no shortage of definitions and applications, depending on who’s trying to get you to invest in what. All of those definitions circle around the idea of the “metaverse” as a sort of post-Internet virtual space wherein you can interact with others in inhabited polygonal bodies and imagined virtual realms. To hear evangelists tell it, the metaverse is the future of our social and economic reality, the next big goal of information technology investment and startup culture, a concept so radical and fantastic that Facebook’s first major use case for it was…business meetings. Like Zoom, or Teams, but more expensive and with extra steps. At least you’re not trying to go grocery shopping in VR. Yet.

The metaverse, as befits a concept so broad and ill-defined, has been used as a catch-all – and more importantly, a shareholder-friendly buzzword – to encompass a variety of different online technologies and moneymaking schemes, arguably to the point that whatever meaning it originally had is now lost. Virtual reality meetings are just the start – marketers are excited about the prospect of creating navigable experiences and (shudder) “product activations” in VR, going all-in on hiring folks to make the “metaverse” work for them. A cynic, which I should note for the record I absolutely am not, might suggest that such marketers are unhappy with advertising covering only “nearly all” of the available space in the real world and might instead want to embrace mediated realities in which they and their technological partners could lease individual blades of grass to sell the new Madden NFL video game, or provide clouds in the sky in the shape of the Pepsi logo as you “walk” to your virtual afternoon class in Roblox.

The problem, after all, is that you can only own so much of tangible reality – but intangible virtual reality on your own servers, on hardware you sold to the consumer, created and shaped to the whims of your shareholders and marketing partners? The sky – hypothetical Pepsi clouds or otherwise – is the limit. But why stop at marketing? Why not create an entire system of digital scarcity in which art, music, film, sports clips, and any other number of digital goods can be assigned a specific string of code and address in a virtual ledger that grants ownership – and thereby provide easily-reproduced digital goods with no intrinsic worth or cost of production with a monetary value?

These NFTs, or “non-fungible tokens”, have become the latest part of the metaverse buzzword and speculators are willing to spend potentially millions of dollars on them. Big-time brands like Marvel Comics, Reebok, and many others are selling these digital collectibles to cash in – the Green Bay Packers even gave out collectible “virtual ticket” NFTs to qualified fans during this year’s NFC playoffs, which recently led to the fun circumstance of me having to explain NFTs and the metaverse to a local news channel. NFTs are also, outside of these corporate-friendly uses, often also a haven for scams and art theft, as well as in many cases also the source of truly horrific energy use – occasionally equivalent to a year’s worth of energy for a normal home or business – that also happens to further exacerbate climate change. All this for what is in practical reality the right to own a web address pointing to a thing, rather than the easily-reproducible thing itself.

But in the metaverse, where everything is digital and can be parceled off and sold to the highest bidder, the folks running the show see them as a roadmap to profit. Naturally, video games are one of the first use cases the folks hawking NFTs bring up. For instance, what could be cooler than a virtual sword you can buy in one game and level up and take with you to other games (never mind that isn’t how game development and asset creation works at all)? Regardless, major players are taking notice. Square Enix CEO Yosuke Matsuda put out a letter earlier this year praising the idea of game worlds where players can “play to contribute” by making, buying, and selling NFTs, a concept at which many players balked – but don’t worry, according to Ubisoft executive Nicolas Pouard, players rightly concerned about the monetization and reselling of virtual goods and the potential for crime, environmental devastation, and competitive and economic inequality just “don’t get” what NFTs can do for them. So don’t you (and the actual developers who uniformly have no interest in actually putting NFTs into their games) feel silly?

You might say this is a lot to extrapolate from one virtual reality headset I use primarily to swing pretend laser swords around to Lady Gaga’s “Telephone”. And that’s fair. It’s a lot of ideas to come together at once. But they are all inextricably knotted together. The metaverse concept – and all the questionable ethics and unnecessary extra steps that come with it – is the sort of thing that is ridiculous until the right economic and social actors force it into being a mainstream idea, and it’s already happening as corporations and opportunists look to create self-perpetuating buzz and profitability. Video games have a way of opening the door to concepts and technologies that eventually become an inescapable part of our social and cultural fabric, and it is hard not to see where bad actors and blind profit motive could easily cause these technological innovations to do more harm than good, furthering an environment in which we pay handsomely for the illusion of ownership of intangible goods in corporate-owned spaces all while a shadow network of invasive marketing, misinformation and untraceable and unaccountable financial transactions backslide the public sphere further into disarray.

At least the new Pokémon game is good.

I should have written about that.

Bryan Carr is an Associate Professor in the Communication, Information Science, and Women’s & Gender Studies departments. Among other things, he is the host and producer of “Serious Fun”, a podcast taking an academic look at popular culture on the Phoenix Studios podcast network. He has taken to staring through the window at actual reality a lot these days. No reason.