Many video games were released in 2019. A lot of them were bad. Some were baffling. A few, though, stood out as bracing, incredible beacons of creativity, challenge, and innovative ideas that made even the most jaded of critics take a second glance, clear their throat, and say “yeah that’s alright isn’t it?”

In this first volume of Random Encounter, the new CAHSS Effect series in which I will offer monthly recommendations and musings on the state of the video game industry until such time as the “powers that be” realize this was a terrible idea and politely ask me to stop, I would like to take a moment and recognize a small number of those games.

As a note, I do not intend to rank these, as I think numbered lists invite only surface-level discourse and arbitrarily decide one creative effort is somehow more valid than another. Therefore, consider all of these games at least worthy of your consideration, except for the one about the goose, which is objectively the best one.

In a world that is often cruel, driven by greed and malice, sometimes abstract pettiness is a nice change of pace. Enter Untitled Goose Game, a game whose title signals its simplicity. There are only a few buttons (including, delightfully, a dedicated button for honking), no timers or score, no chance to “die” or fail – just a town full of perfectly nice people trying to enjoy their day and you as a goose trying to ruin it. You’re not killing anyone or destroying their lives, you’re just stealing their hat or dropping their rake in a lake. At worst, you are met with polite indignation and occasionally a hastily-painted “no geese” sign. A clever hybrid of puzzle solving, occasionally intense stealth gameplay, and good-natured non-violent goofiness, the game became a sensation, spawning countless memes and discussions about the morality of the goose’s aims. Let’s not complicate it, though. The goose is neither good, nor bad. The goose simply is.

(As a side note, the game was featured during the recent Awesome Games Done Quick fundraiser and it’s worth watching the rapid-fire playthrough and the rock concert-like reaction to it if you don’t mind spoilers.)

The “auto-chess” genre had a moment in 2019, with several games hitting the market built around the basic concept of spending limited resources to acquire units and pit them against each other in automated battles. DOTA: Underlords, based on Valve’s popular DOTA 2, is arguably the best, with a cheeky sense of humor and genuinely engaging strategic play that is easy to learn but impossible to master. I actually got first place in a game recently. I mostly wrote this entry to tell you that.

I loved Castlevania: Symphony of the Night (a brilliant re-imagining of the series that turned it into a sprawling adventure epic as opposed to an arcade-y action game) in my teenage years. Koji Igarashi, the game’s director, left parent company Konami and struck out on his own to make…pretty much that same game again 22 years later, raising $5 million on Kickstarter to do so. It was great then, and it’s great now – especially since it fully embraces its campy destiny, with goofy in-jokes and a combat system that encourages you to find ways to break it.

Arguably the best advertisement for Apple’s $5/month Apple Arcade Service (you can play it elsewhere too), Sayanora Wild Hearts is a beautiful synesthesia ride, a somewhat rudimentary arcade game presented as a concept album that makes a strong case for games as art. The entire thing can be finished in about two hours and should be, ideally with headphones and a darkened room. Also, Queen Latifah narrates it.

Developer WayForward has made a cottage industry out of revitalizing retro gaming concepts for a new era, and River City Girls, which modernizes the classic Technos series of River City Ransom beat-em-up role playing games, is arguably their best effort in a while. You take control of Misako or Kyoko, both top teenage delinquents in a town full of teenage delinquents, and get into scraps with your fellow students, security guards, masked wrestlers, telepaths, and more in an effort to rescue your boyfriends. Along the way, the game sends up toxic masculinity, anime and manga tropes, class disparity, and other Technos games like Double Dragon in frequently laugh-out-loud dialogue and sight gags. It’s an absolute delight in a genre that we simply don’t see enough of anymore.

The basic idea behind this game is you are Norman Reedus, actor-turned-courier who is ordered by your mom, who is also the president, to rescue your sister, whose physical and intangible forms are trapped between realities, and bring together a post-apocalyptic America by delivering packages and extending a fancy Wi-Fi network while dodging time travel rain and consoling the telepathic fetus strapped to your chest because you just fell down a hill like an idiot again. I mean, you’ve heard this story before.

The Fire Emblem series has always been a reliably interesting skirmish-based strategy game, with each standalone story in the franchise focusing on a different conflict with recurring elements and characters. More recent additions have pitched themselves to the dating sim demographic, offering players the chance to romance their allies, but Three Houses instead asks – what if you could teach them something and help them grow instead? As your protagonist is thrown headfirst into a teaching role at a military academy, you grow close to your students and learn more about their struggles and peculiarities – some of which are heartbreaking and all-too-familiar in the real world. Without giving anything away, eventually your students grow into adults who take the burden of a continent-spanning war on their own shoulders and evolve as soldiers and people based on what you taught them. As an educator, this resonated – and I’m hard pressed to think of a more affecting narrative in games this year – especially because the game lets you go back and see the story from multiple perspectives. Play it at least twice.

Let me know what else you liked in 2019 in the comments. Until next time, make sure to get up and stretch once in a while.

Bryan Carr is an Associate Professor in the Communication, Information Science, and Women’s & Gender Studies departments. Among other things, he is the host and producer of “Serious Fun”, a podcast taking an academic look at popular culture on the Phoenix Studios podcast network. Honk. 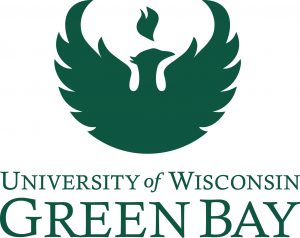 More great commentary from our very own @alise_coen . https://t.co/vAdSJeXoNj
View on Twitter
2
3

Need some musical inspiration to get through finals week? Check out the best songs of the decade according to @UWGBMusic faculty! https://t.co/tqRWlzqyK6
View on Twitter
0
0

Episode 7 of Canonball is out now! Check out the live episode recorded at #CommonCAHSS in which @ChuckRybak and @rycmart discuss the collective works of Dr. Seuss with guests @alise_coen and Dr. Rebecca Nesvet @r3b33cca!
https://t.co/tocusL6fHm
View on Twitter
3
3

As the decade comes to a close, check out what faculty from @UWGBEnglish and Writing say are the best books of the decade!
https://t.co/Rrv2oA4sUx
View on Twitter
3
9

Some of the incredible artwork on display at #CommonCAHSS! https://t.co/atJRSjwndA
View on Twitter 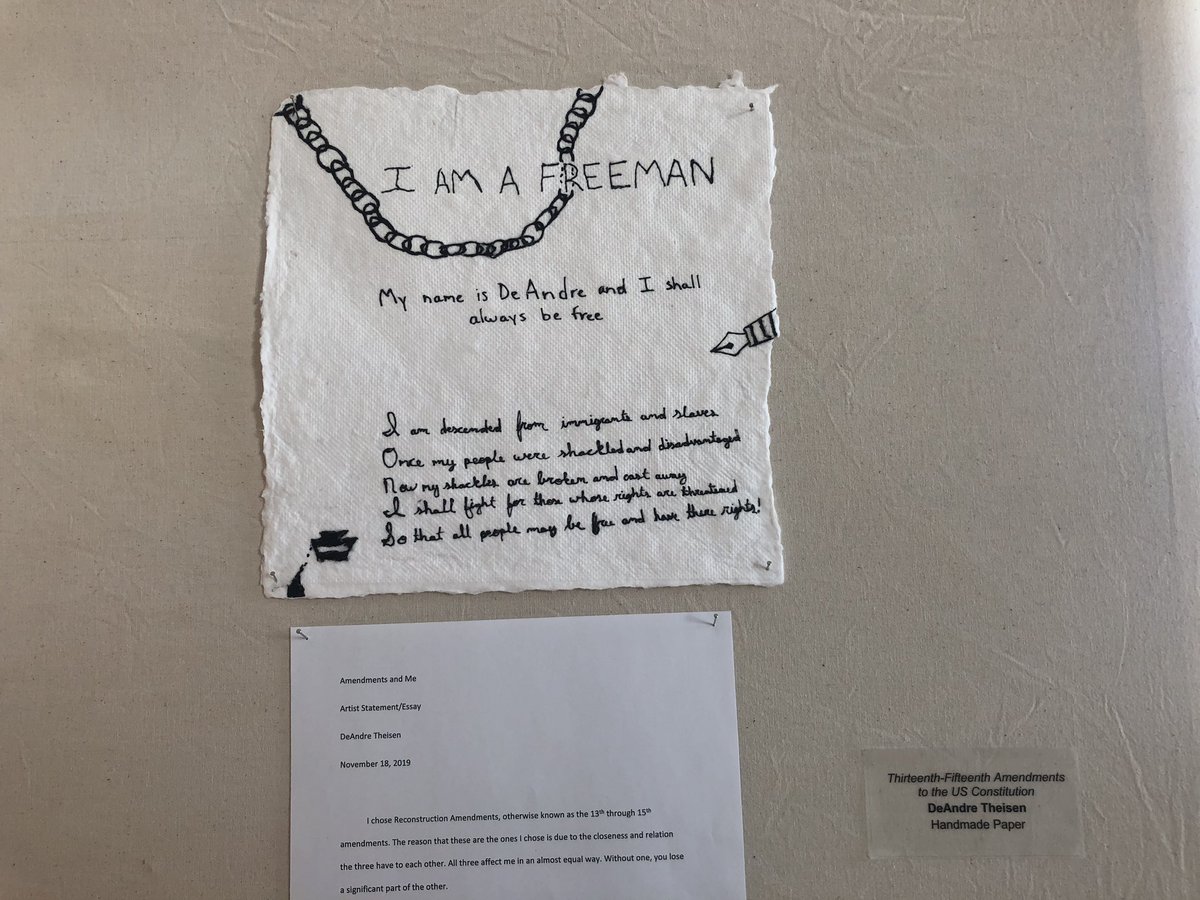 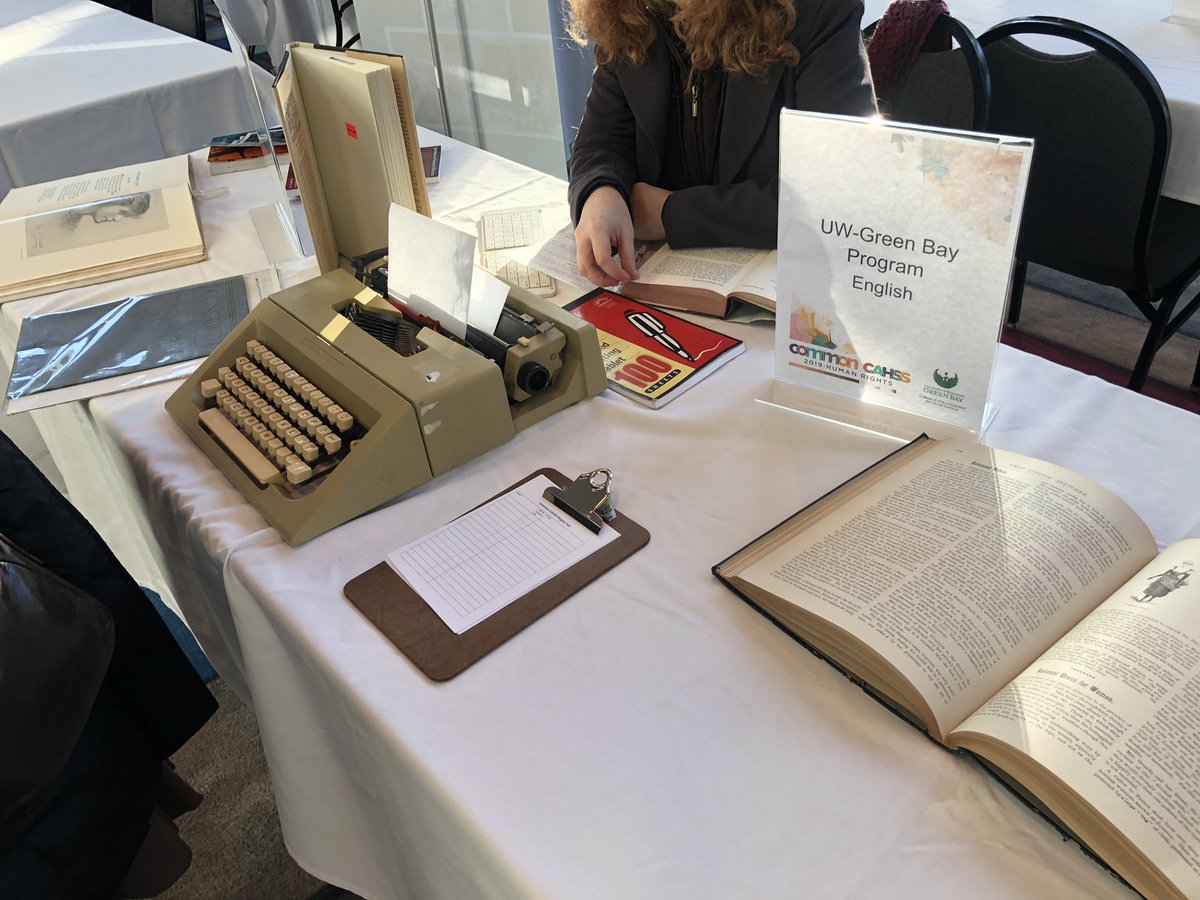