On March 27, Shayla Warren gave a stirring talk on her research on Traumatic Brain Injury.  She was one of six speakers at the PSI Talks at the Weidner Center for the Performing Arts.  The PSI Talks, put on by the UW-Green Bay Psychology program, are where outstanding psychology students and psychology alumni present on their research, their internships or jobs, or just discuss about how a psychological concept relates to something from their life.

Shayla’s talk was fascinating even without any additional context.  She’s studying the long-term neural impact of mild traumatic brain injury (TBI).  It’s a massive undertaking for an undergraduate student that could have significant implications on everything from youth sports to accidents on the playground. What made it even more interesting, though, is the journey Shayla’s taken from a relatively shy, first-generation college student from a small town in northern Wisconsin to a confident soon-to-be psychology graduate with doctoral aspirations.

When Shayla arrived at UW-Green Bay, she enrolled in the Gateways to Phoenix Success (GPS) program. The GPS program was built to provide academic and social support to new students for their first year of college.  It includes a first-year seminar, faculty and peer mentors, and a service-learning project.  Her involvement in that program led to other opportunities which eventually brought her to Dr. Jason Cowell’s Neuroscience Lab.

I sat down with Shayla and Jason to talk about that journey.

When did you know you wanted to study the brain?

Shayla: Well the thing is that when I came into undergrad, I wasn’t really aware that researching the brain was an option. I’ve always been fascinated with the brain- I feel like most people are to some extent, maybe not the same as we are [pointing to Dr. Cowell]—so when I started taking courses and I realized that this is something that I could follow as a career, then I really dived into it. But prior to that, I wasn’t really aware that it was something I could do.

What was your experience like in the GPS program?

Shayla: It was beneficial overall because, even though you don’t have to be a first generation student to be part of GPS, I was one, and I was coming from far north where I didn’t know anyone here. I had no idea what college entailed, so when I found GPS I thought it would be a good opportunity to just get a start, and it did turn out to be that way in that the peer mentors kind of guided me along the way. Since they are upperclassmen, they gave me an idea of things that are going on and how to take part. My peer mentor was a psychology student so that helped out. It’s also provided a lot of opportunities for me farther on; I’ve been a program assistant for Dr. Bartell, and I’ve also been a peer mentor not for GPS but for another experience through the Peer Mentor program in a class. So it’s kind of followed me along in all of the positive ways that it can.

Jason, when did Shayla get on your radar?

Jason: It actually happened in two ways: I had heard about her from Dr. Denise Bartell who was the former director of the GPS program here on campus, and she contacted me and said, “Look, I have this undergraduate who works with me. She’s fascinated by the brain and she’s brilliant. You need to meet her.” It turns out Shayla then started taking my courses and she was really quiet.  I ended up approaching Shayla, we started talking, and I realized that while what she wanted to study wasn’t exactly what I studied, it was something where we could figure out a project together and so that’s kind of how the last couple of years have gone, figuring out this new line of research that is related to previous things I’ve done and completely related to Shayla’s interests.

Jason: She hates it…

Shayla: [laughs] No, it’s mainly my life… usually, except right now when we’re taking a break.

Jason: They all got a week reprieve this week to recover from MPA.

Shayla: The thing is that I’ve been in there for about 2 years now (I’ve exhausted how many research assistantship credits I can get). So, it’s been really great. I’m thankful for it because it’s given me the experience that I need to go on in a research career, but it’s also meant that I’ve met really great people through it. I’ve met a lot of my good friends through the lab ’cause they’re also research assistants. We work together and we hang out in the lab, so it’s just a really great atmosphere to be in, both intellectually, but also just hanging out on an average day.

Jason, what have you noticed about Shayla’s career development since she started working in the lab?

Jason: It actually goes back to the first question, which was when I first met Shayla, she was quite quiet—brilliant, but quiet. One of the things I noticed is that through her interactions in the lab, through the kinds of presentations she’s been doing, both on campus and now in Chicago at conferences, and with her undergraduate research assistantship in the summer (she went away to do a summer research assistantship), she’s gained so much confidence in her skills and her intellect that it’s like talking to a peer researcher.

Shayla: I appreciate that.

Jason: It’s been an exciting progression to see as she’s getting closer and closer to grad school.

That might have answered my next question, but what’s next for you, Shayla?

Shayla: I’m taking at least a year off–I’m hoping it’s only a year–to do some research, and then once I go from there I’m planning on a PhD program. I don’t want to say a specific discipline because it really just depends on where but probably on the neuroscience end of things. In terms of topic, I’ll be studying TBI, concussion, neurorehabilitation-  As a whole, those topics are really interesting to me, so I would like to continue studying that and helping people through those situations.

Jason: The questions Shayla asks are at this meeting of multiple fields, so she can do her PhD across a whole host of different fields.

Shayla: It could be neuroscience, psychology, PT, a lot of options.

To learn more about Shayla Warren’s PSI Talk, and the other 2019 PSI Talks, listen to Episode 68 of the Psychology and Stuff podcast, 2019 PSI Talks (LIVE). 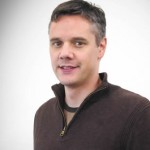 Ryan Martin is the Associate Dean for the College of Arts, Humanities, and Social Sciences and a member of the Psychology Department at the University of Wisconsin-Green Bay.  He researches anger, manages the blog All the Rage, and teaches courses on mental illness and emotion.  Follow him on twitter at @rycmart or All the Rage on Facebook.