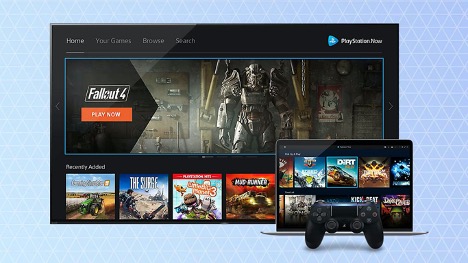 Sooner or later, we aren’t really going to own anything – and video games, while late to that particular party, are helping to lead the way.

It used to be simple – you would go to the store, drop forty or fifty or sixty dollars depending on which era of inflation we’re talking about, and walk out with a shiny new video game. You’d take it home, drop it in your console of choice, and you were off to the races – until you finished the game or got overly frustrated with it and wanted nothing further to do with it. Then what? You could take it to your local GameStop, which would offer you a (likely extremely small) sum of cash or store credit for your old titles or try to flip it on eBay and see what happens. You could also just rent your games from stores like Blockbuster or Family Video and get around that altogether, but you were limited to whatever stock was available at the time, the most popular games went the fastest, and if you really liked a game you might end up renting it more than once to actually finish it (you could also be a dirtbag who just kept it past the return date but nobody reading this is that unethical, right?).

Of course, those video stores are gone now, offered up as a sacrifice on the altar of digital streaming – and GameStop, its temporary status as a stock sensation aside, has been struggling to get people into the stores no matter how many Funko Pops they offer as part of a pivot to collectibles and other services that can’t be reproduced digitally. That idea of digital distribution – the idea that you can pay to download games straight to your device – is a big part of this story.

All the major platforms – both console and PC – have digital storefronts (and in the case of the PC, several) where you can pay the same retail price as you would in the store (save for the occasional deep discount sale) for a non-transferrable digital license for a game you can’t sell or trade or lend out except in extremely limited circumstances. It’s convenient, fast, has opened up the industry for smaller-scale independent development, and keeps you from having to get up to switch discs – but do you actually own what you buy? Many critics argue you do not, and purists often prefer the security of a physical copy to hold at least some resale value, take advantage of retail discounts, and protect against their games being delisted or deactivated from their digital accounts.

Of course, ownership isn’t what it used to be anyway – just look at how we listen to music in 2021. I cover the changing nature of our relationship with mass media in several of my classes, and I always ask students how they get their music – it should not be surprising to you that most use Spotify, Pandora, or other subscription-based services rather than buying individual physical albums or even digital ones, because statistically speaking you’re probably doing the same. Or, for a more apt analogue that gets us closer to the point of this article, we can simply reflect on the success of Netflix.

Netflix, as a model, simply asks that you pay an ever-increasing amount of money per month for access to a vast library of content of varying relevance and quality. It is essentially a firehose of content aimed directly at your face for under $20 a month – and despite well-publicized concerns about treating films and television as “content” commodities, it’s a compelling ask that has breathed new life into old sitcoms and alongside other streamers has served as a viable distribution platform for studios during the COVID-19 pandemic. It is not without its issues – scrolling to find something good on Netflix often takes an entire evening – but its success spawned a slew of competitors, most of which are studios and rights-holders looking to profit off of their own material rather than share it with Netflix.

So naturally, the video games industry has been extremely curious about shifting to a model where licenses to video games are purely subscription-based and platform-agnostic, generating a wide pool of recurring monthly subscription charges. Everyone has their own approach to this – Sony has its PlayStation Now service, which streams older games from previous hardware generations as effectively playable video feeds to your device. Google jumped in with Stadia, an ambitious attempt to provide players with remote access to powerful gaming hardware via the cloud, giving them the ability to stream games at incredibly high resolutions and framerates to a myriad of devices – though the service has been marred by technical problems and its high cost (players must pay a tiered monthly subscription fee on top of paying full retail price for access to games on Google’s servers – meaning if the Stadia service shuts down, they lose those games altogether because they are not locally stored) and may well be on the verge of shutting down. Amazon is also entering this increasingly cluttered market by offering its new Luna service, which offers access to a variety of catalog titles. And Nintendo…well, Nintendo is ignoring all of this due to their philosophy that making games cheaper devalues them – and considering they can still charge a full $60 retail price for a nearly seven year-old Mario Kart game, they may not have incentive to change that.

But it is Microsoft that is approaching this market the most aggressively, and due to their massive infrastructure advantages they might just pull it off. I wrote a bit about Game Pass Ultimate in my preview of the new consoles last year and had a bit of previous experience with it, but in January I picked up an Xbox Series X, primarily to play the very good Yakuza: Like a Dragon (I also interviewed that game’s localization producer for my podcast Serious Fun, as long as I’m plugging). Concurrently, Microsoft was running a promotion for the GPU subscription where lapsed and new subscribers could get three months for a dollar. I channeled my best Bixby Snyder and immediately filled my new console’s hard drive with as many titles as it could hold, bouncing from one game to another as I sampled games like New Super Lucky’s Tale and Sniper Elite 4, loaded the new Microsoft Flight Simulator onto my PC, and lamented the fact I couldn’t try out their cloud-based XCloud streaming while I was out and about because I don’t have a modern Android device to play it on and Apple seems completely uninterested in supporting it through a native iOS app. It occurred to me as I was having fun that this was all fleeting impermanence, that I didn’t actually own any of the games I was trying out and if I let my subscription lapse my hard drives would be full of games I could no longer access. But that’s future Bryan’s problem. I don’t envy that guy.

And so, it occurred to me – maybe this is what the industry needed all along. The games business is defined by its tendency to push from one big blockbuster title to another and the need to rush through the latest games to be part of a zeitgeist that assumes you’ve finished that 70-hour RPG in the first weekend of its release lest you be spoiled on its surprises. The value proposition of a $60-$70 game implicitly requires many to wring every drop of enjoyment they can, whether they’re having fun or not, and flip their games while the trade values or eBay prices are still high to finance their next acquisition. Some players simply just wait for games to become free or cheap on digital platforms like Steam and the Epic Games Store, further driving down the long-term secondary value of these titles. Ownership may be overrated as it is – we’re already living in the subscription-based rental economy. If I can try a bunch of games out to see what works for me – a buffet of games to suit every taste! –  for a fraction of what it would cost for a brand-new game every month, why not take that deal?

Game developer Denis Dyack once famously pontificated on a “one-console future” where rather than tying yourself into one console’s ecosystem you would simply have one box that could play all available games on it. Skeptics criticized him and were ultimately proven right – the industry simply wouldn’t allow for one hardware standard, even as most consoles regress closer to being PC and mobile devices, and no company has been willing to surrender their hardware business unless it was absolutely necessary. Ultimately, though, he may have been right on the direction if wrong in the execution – eventually, there may be no console at all, and the big players will all simply compete to be your streaming channel of preference, disseminated straight into your TV or tablet or PC. Rather than owning anything, our media lives will simply be a growing number of subscriptions we juggle as we try to figure out what we actually want to watch or play and where it lives.

Nintendo, though, will still be charging you $60 for Mario Kart 9.

Until next time, I’ll see you at the virtual buffet.

Bryan Carr is an Associate Professor in the Communication, Information Science, and Women’s & Gender Studies departments. Among other things, he is the host and producer of “Serious Fun”, a podcast taking an academic look at popular culture on the Phoenix Studios podcast network. He is generally in favor of anything that makes him feel less guilty about spending money on this sort of thing.