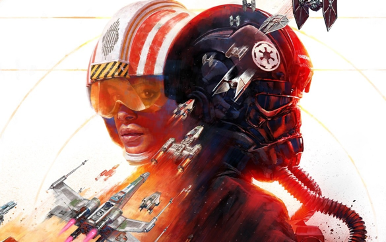 Star Wars Squadrons got me thinking about the ramifications of starship design and fairness.

See, one of my favorite bits of Star Wars lore is the philosophical differences in construction and design between the Galactic Empire’s TIE Fighter starship and the Rebel Alliance’s X-Wing fighter.

The basic idea is this – the TIE Fighter is a faster, more maneuverable ship that sacrifices shields and on-board life support for its pilots. While It can be cheaply mass-produced and swarm Rebel forces with superior numbers, the pilot of the TIE is de facto largely expendable – if they die, they die, to borrow a phrase from another film – and if one TIE is shot down the Empire has the resources, human and otherwise, to replace them quickly. Because, fundamentally, they’re the bad guys and they don’t really care.

By comparison, the Rebels’ X-Wing is slower, shielded, and has plenty of on-board systems to preserve the pilot and their astromech companion. An X-Wing cannot outrace a TIE Fighter, generally, but in a head-to-head battle between pilots of equal skill they have significant advantages in terms of onboard weapons and defenses. These decisions are both a reflection of the Alliance’s greater regard for sentient life and the resource constraints they face as an insurgent operation – they simply cannot afford to lose any more ships or pilots than they have to.

In a meaningful way, this difference is a perfect microcosm of the philosophical difference between the two sides – the Empire ruling through fear, force, and brute strength and the Rebels’ valuation of individual freedom and life despite their inferior numbers and technology (an unsurprising juxtaposition given creator George Lucas’ view on the politics and history that shaped the franchise). It so happens that it also acts as a perfect example of balance between two oppositional forces, making it perfect for competitive parity in a video game, where balance is crucial and players need to have a variety of different viable options to keep play interesting.

This parity manifests in a variety of different ways in games based on the Star Wars universe – the starter set for the X-Wing tabletop game includes two TIEs and one X-Wing to allow two opposing players to have a fair battle, for instance. In the new (and aforementioned) Squadrons game, which seeks for complete immersion into the experience by placing the player directly in a cockpit of one of the crafts with a limited view outside of that cockpit and forcing them to make a variety of tactical and maneuvering decisions on the fly, the two sides work very differently – while an X-Wing pilot has to make choices about how to route their power systems for boosts (weapons, engines, or shields), the TIE Fighter has a simpler, more aggressive choice – are you going to go faster or do more damage?

It would have been easy to make the two sides more symmetrical in nature in terms of the choices available to them, and doing so would have made for a perfectly balanced game. However, that choice would have violated the established rules of the fiction – and sometimes, asymmetrical options lend themselves to more genuine and interesting competition between players. These fundamental philosophical differences between the two sides – and the narrative weight that comes with them – also lend themselves to different styles of play in the game, and fans on the game’s official subreddit declared their virtual allegiance to their preferred sides even before the game’s release.

A great deal of ink has been spilled on the relative merits of games as storytelling platforms, and whether they might actually be better considered on their own merits as interactive systems instead. The classic debate of ludology (games should be considered primarily in terms of their rules and structure) versus narratology (games should be considered in terms of how they tell stories) is a long-standing one in game studies (albeit one that has been largely since reconciled by many scholars) and there is no shortage of criticism about the underwhelming nature of many game stories.

However, from a design standpoint, finding these small parts in a narrative structure that help to justify or establish the rules of a game can go a long way to make the experience more interesting and enjoyable. Consider also Hades, which uses the lore and rules of Greek mythology as its inspiration and the basis for its roguelike gameplay – because in a roguelike the player is expected to fail and restart continually, tying it to the mythologically salient idea of an immortal god’s Sisyphean effort of repeatedly trying and failing to escape his titular father’s underworld realm makes sense. This adds not only narrative justification for the gameplay system, but also greater player enjoyment and involvement – not only does it make the player feel like the effort is less arbitrary, seeing how the internecine personal squabbles between the gods above and below play out with each further foray to the surface ends up rewarding prolonged engagement.

In short, it’s the little things in a game’s setting and story that make it more fun and engaging, and the rules instituted in an established world can be compelling hooks to design gameplay around, whether it’s a galaxy far, far away or the underworld of myth. Finding ways to make the rules of a world set the rules of a game makes both more fun – and proves that the two do not need to be mutually exclusive. Until next time, keep your shields up.

Bryan Carr is an Associate Professor in the Communication, Information Science, and Women’s & Gender Studies departments. Among other things, he is the host and producer of “Serious Fun”, a podcast taking an academic look at popular culture on the Phoenix Studios podcast network. He is currently awaiting a Star Wars game with the courage to let him re-enact the bit from the X-Wing books where they trick the Imperial remnants into thinking they have an Ewok pilot. Yub, yub.