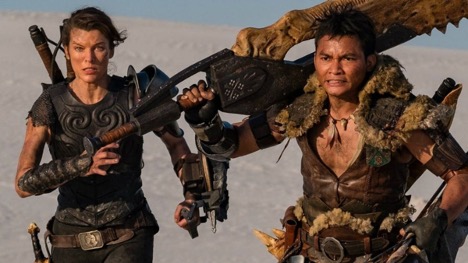 Is it possible to make a good video game movie? Like, at all?

For many years, the term “video game movie” has been essentially synonymous with “very bad, do not see”. Despite some aberrations like the first Mortal Kombat (which worked primarily because it cribbed from the unquestionably superior Enter the Dragon, as did its source material), most video game movies have been pretty terrible, despite recent attempts to convince us all otherwise. I personally still seethe about the fact we have gotten two theatrical Street Fighter movies and one was primarily a weird, memeable vehicle for Jean-Claude Van Damme notable primarily for Raul Julia’s final, wildly entertaining performance and the other was so far off on its depiction of one of my favorite video game characters of all time one wonders why they even kept the name. On paper, it’s understandable why so many studios have jumped through hoops over the years to get video games on film – what better way to attract a built-in, fanatical audience with proven purchasing power or at least purchasing influence? – but it is also pretty clear that for the most part, studios and directors have not traditionally known what to do with adapting the medium.

There are exceptions, of course. 2019’s Detective Pikachu was quite good, telling a kid-friendly mystery and even inserting some mild body horror into a brilliantly-designed, lived-in neon cityscape – a Baby’s First Blade Runner, if you will. 2020’s Sonic the Hedgehog, one of the last big theatrical releases before the COVID-19 pandemic (and the last movie I personally saw in theaters as of this writing) is absolutely first and foremost a children’s film but with enough inventive action sequences and heart to make it perfectly enjoyable for grownups, nostalgic or otherwise (it’s worth noting that had the movie stuck with the nightmare-inducing original design for the character rather than retooling it after fan backlash, it probably would not have worked at all). There have also been movies that borrow liberally from video games to tell their stories – 2012’s Wreck-It Ralph is about a fictional 1980s arcade character and contains no shortage of winks and nods to real-world games, 2010’s Scott Pilgrim vs. The World adapts creator Bryan Lee O’Malley’s series of original graphic novels to the screen implementing video game physics and iconography into what can be best described as an indie martial arts film, and 2014’s manga adaptation Edge of Tomorrow implements the “respawn”  mechanic of video games as its protagonist lives, dies, and repeats endlessly until he finishes the mission.

But those films all have something in common – none of them are attempting to directly adapt the narrative of a video game to film, with the possible exception of Pikachu, which was heavily inspired by the game of the same name. Most of them are simply borrowing the characters, shorthand, and aesthetic of games to tell radically different tales. Paul W. S. Anderson’s Resident Evil opus, which largely just uses names, monsters, and locations from the series to tell a completely different narrative that can in no way co-exist with established lore in the games, is both the most lucrative video game franchise and the most lucrative horror franchise of all time. But even this is not a surefire recipe for success – 2001’s Final Fantasy: The Spirits Within broke new ground for photorealistic computer generated visuals and spoke to some of the thematic elements of the game series but did so without any of the established characters or worlds fans had come to expect, and its awkward dialogue and baffling story led to it being one of the highest-profile box office bombs in the genre and the shuttering of Square’s film division.

Perhaps video games, as a natural transmedia product, benefit from having their film adaptations as part of the overarching narrative instead of an adaption? Certainly, the history-spanning narrative of the Assassin’s Creed franchise, where players take on the role of warriors and assassins throughout human history, seemed like a natural fit – and telling a story set in 15-century Spain, a time period the series had not yet covered, and making it part of the narrative seemed like a masterstroke. Unfortunately, 2016’s Assassin’s Creed was a muddled mess that may have lost the studio up to $100 million. Even turning the games over to their creators and asking them to adapt them for a new medium has not historically proven to work – director Duncan Jones has talked about the difficulty of having the developers at Blizzard demand that his Warcraft film serve the game’s interests rather than being its own thing, and rumors abound that executives even came in and ordered changes to the script to fit in more lore and fanservice – the result is a visually beautiful film that is largely impenetrable to all but the most dedicated fans of the series and fantasy in general.

There are innate problems in the medium that make it uniquely difficult to adapt, as well – video game narratives largely fall under the umbrella of enacted narratives, meaning that the player must interact with the game world to make sequential story events happen. To find out what happens to my hero in a game like Outriders, I must defeat a certain number of enemies and get from one point in the physical game world to another. However, that experience unfolds at my own desired pace – as quickly or as slowly as I wish. It cannot, however, operate without my interaction – it is inert until I tell it to move forward, unlike a film which continues until it is finished after it starts and is carefully edited to elicit certain emotional reactions. Moreover, players are used to telling their own stories that may often be at odds with the ones game writers are trying to tell, and the prevailing attitude among many game designers for years has been that authored narrative and story are simply meant to take a backseat to the player experience. The malleability of the narrative experience is one of many reasons the late film critic Roger Ebert was skeptical of the ability of video games to actually be “art” – though he eventually settled on the fact that gamers could actually have equivalent experiences to art through the medium.

Can it be possible to simply adapt a game that is known for having a cinematic, high-quality narrative for the medium already and simply transpose that story and characters to another setting? The Metal Gear Solid series, known for its lengthy cutscenes and weighty if somewhat goofy philosophical interrogations, is currently being adapted into a film by Kong: Skull Island director Jordan Vogt-Roberts and starring acclaimed actor Oscar Isaac in the lead role. But can a two-hour distillation of a narrative that takes 12-20 hours to finish in its native form truly be satisfying, no matter how respectful to the source material? Sony’s post-apocalyptic The Last of Us is perhaps getting the preferred treatment of an HBO series, but one that has already promised to deviate from the game’s story – perhaps necessary, as simply seeing the same story beats in a new medium may not inherently be satisfying. Both projects seem to be treating the source material with the necessary respect, however – a far cry from recent comic book films, at least.

Even with the cinematic slowdown of the COVID-19 pandemic, we are at a moment in which two major films based on video games are available now or will be soon. Paul W.S. Anderson’s Monster Hunter, based on the wildly popular Capcom series about…well, hunting monsters, was a box-office flop, albeit an enjoyable one with some decent fanservice and thoughtfulness about how to take a story-light game and make it into a film. For instance, Milla Jovovich and Tony Jaa are excellent together in the first half of the film where they must work together to survive despite a cultural and language barrier – it’s an altogether different film from the second half, which adds in more of the CGI combat one would expect from a movie. Yet it fits the series – which is primarily about exploration and acculturation as you learn how the monsters operate and how to defeat them – well from a thematic standpoint. Later this month, Warner Bros. releases Mortal Kombat, their attempt to relaunch the franchise – and if the trailer is anything to go on, it matches the game’s signature self-serious-yet-campy and gruesome style with an eye toward a diverse, culturally relevant cast. Perhaps it is easier to adapt a fighting game, built as they are around colorful casts of characters with dynamic abilities that lend themselves to a kinetic visual medium and carry less narrative baggage in general (though Kombat certainly has pages of lore for those interested in exploring it), but the film looks promising.

There doesn’t seem to be any magic formula to making a good video game film. But the one common thread appears to be that technology and filmmaker affinity are catching up to what the medium tends to offer. It remains to be seen how many video game films can be good, or if we’ll ever truly have a great one. But perhaps that doesn’t matter – rather than focusing in on the medium as an explanation as to why a film underwhelms, we can simply look at games as another medium to adapt like novels or comics or even Twitter threads and judge the films that derive from them not only on how they operate on their own but how they also transport ideas from one medium to another.

Until next time, please don’t let them make Mega Man though.

Bryan Carr is an Associate Professor in the Communication, Information Science, and Women’s & Gender Studies departments. Among other things, he is the host and producer of “Serious Fun”, a podcast taking an academic look at popular culture on the Phoenix Studios podcast network. He honestly thinks giving Super Mario Bros. over to the Minions studio makes sense, give it a chance.