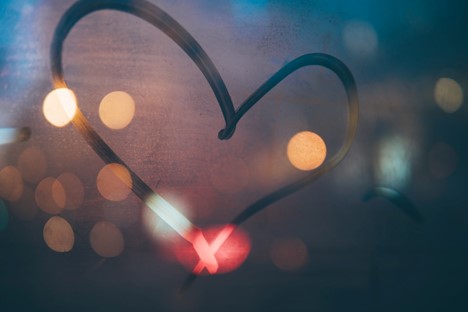 On my second journey through the delightful world of Ted Lasso, I am struck again by season 2 episode 5, “Rainbow.” Ted explains the concept of “romcommunism” and its tenet that everything will work out in the end. The ending might not be what we expected, and the journey may be arduous, but rom coms reassure us of some version of a happily-ever-after (HEA) or happily-for-now (HFN). “Rainbow” is a delightful mashup of recreated scenes and dialog from some of the most iconic rom-coms from When Harry Met Sally to Jerry Maguire, which nicely follows on the nod to Love Actually in the previous episode. Romance fans are waiting to see if the writers stay true to the romantic arc they’ve developed with Roy and Keeley. For an in-depth analysis of Ted Lasso’s romantic elements, listen to season 3 episode 48 of Fated Mates podcast. Watching this episode reminded me that romance storytelling and analysis proliferates beyond the covers of the novels themselves, and this month I highlight some of my favorite romance-related media.

This time of year, I turn to holiday themed films on Hallmark, Netflix, and Lifetime, among others. I’m eager to track the growing representation of BIPOC and LGBTQ characters in these stories, as well as twists on long-standing tropes meant to highlight the nostalgia and idealized family/community inherent in this season. So far, I enjoyed Coyote Creek Christmas, which features Paige, a bi-racial heroine who plans a Christmas around-the-world party at her family inn while falling for businessman and dad Dylan. While Hallmark has yet to center an LGBTQ couple, Coyote Creek Christmas includes a charming secondary romance between Quinn and Mia. To connect with other like-minded viewers, you might check out Facebook groups devoted to Hallmark and Diversity/LGBTQ.

Virgin River: I’m eagerly awaiting season four for a return to the remote, picturesque town of Virgin River. Based on the novels by Robin Carr, this series blends small-town romance with suspense, primarily through a local drug operation and well-connected law enforcement who perpetuate intimate partner violence.

Bridgerton: After a wildly successful first season, fans await season two for a regency romance romp based on Julia Quinn’s Bridgerton series. The series explores how brothers and sisters in a large, privileged family find love in scandal-hungry Regency England. Bridgerton’s lush visual landscape attempts to translate the interiority of the romance plot, which may or may not resonate with romance novel fans. The novel and adaptation both include a pivotal, complex, and problematic scene of sexual assault/non-consensual sex. Character and plot arcs shift because of color-conscious casting, including a bi-racial queen and Black duke, though the series has thus far avoided overt reference to the politics of empire and colonialism. To explore these implications more deeply, I recommend episode 94 of ShelfLove podcast.

Sanditon: Finally, I’m eager to watch the second and third seasons of the BBC/PBS adaptation of Jane Austen’s unfinished novel Sanditon, which includes characters from the West Indies in Austen’s most explicit recognition of the racial and class dynamics of the British Empire. Season one ended in a betrayal to the romance genre; I’m especially keen to see if the series is able to reclaim my faith and honor Austen’s legacy.

Fated Mates: Best-selling romance author Sarah MacLean and reader/reviewer Jen Prokop discuss individual romance novels, tropes, and more in their fun, wide-ranging conversations. The series began with a focus on Kresley Cole’s popular paranormal romance series Immortals After Dark, and like many long-running podcasts, has shifted over the years. The most recent season includes a blend of deep dives into single books, interviews with genre trailblazers, and a long-standing feature: interstitial episodes that are shorter, more informal, and trope-focused.

ShelfLove: Andrea Martucci hosts this podcast, which has also shifted focus over its three seasons. ShelfLove has most recently focused on joyfully problematizing the popular romance genre, showing ways that it is invested in patriarchal, white supremacist, capitalist structures even as it attempts to challenge some of these structures. Martucci is a model for how white women can use their platform and skills to center and amplify voices of BIPOC. (full disclosure: I was a guest on four mini-episodes).

Black Romance Podcast: Julie Moody-Freeman, professor of African and Black Diaspora Studies and Critical Ethnic Studies at DePaul University, hosts interviews with “Black writers, editors, and scholars of historical and contemporary popular romance fiction.” Moody-Freeman’s guests include renowned romance editors Vivian Stephens and authors from Sandra Kitt, who began publishing in the 1980s, to some of the most popular Black authors writing today, including my favorite Alyssa Cole.

Jessica Lyn Van Slooten is an Associate Professor of English, Writing, and Women’s and Gender Studies at the University of Wisconsin Green Bay. She teaches courses on women writers, gender and popular culture, romance writing, and more. Jessica has published numerous articles on teaching and assessing gender studies courses, and popular romance fiction and film. She is currently drafting a romance novel set in a small midwestern town.