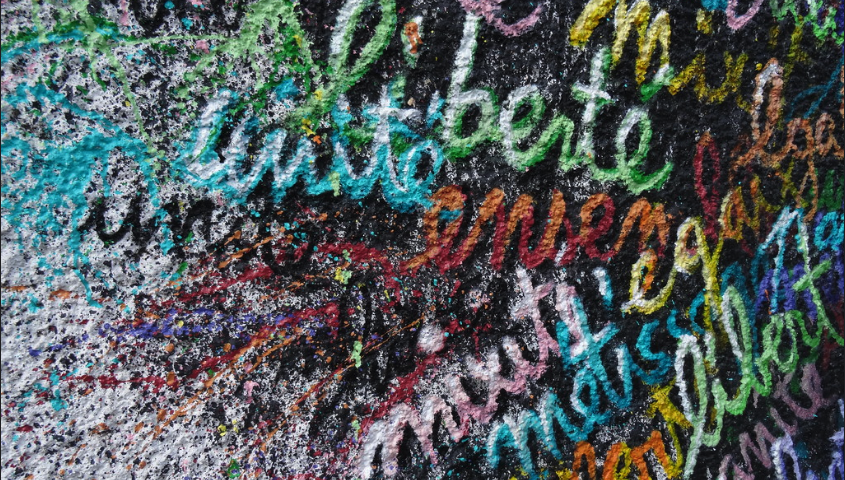 The spring of 2020 is now irrevocably intertwined with the word pandemic. On March 11, the Director-General of the World Health Organization (WHO) assessed that, based on “the alarming levels of spread and severity” as well as “alarming levels of inaction,” COVID-19 must be characterized as a pandemic – something which could not easily be “controlled.” Other anxiety-inducing terms like crisis and emergency have also animated public conversations about the COVID-19 outbreak. On March 13, President Trump declared a “national emergency” in response to the spread of the coronavirus, drawing on executive authorities granted by the U.S. Constitution and laws such as the National Emergencies Act to activate a range of special provisions and presidential powers. In his presidential briefings, Trump has termed the virus a “medical crisis…a thing that nobody has seen for many, many decades.” Similarly, a wide range of media outlets have used the language of crisis in their coverage of COVID-19, with headlines in the New York Times, NPR, Fox News, and the Wall Street Journal repeatedly referencing “the Coronavirus Crisis.”

It is easy to take these terms for granted as they increasingly saturate our media and political environments. But the words we use to describe situations like the current COVID-19 outbreak can be powerful, not only in shaping our interpretations and understandings of what is happening, but also in shaping our expectations of what constitutes appropriate responses. Let us begin with a deeper look at the origins of these terms.

One of the first discussions people had early in the year was whether the outbreak of COVID-19 (Corona Virus Disease-2019) was an epidemic or a pandemic, both words originating in ancient Greek: epi = among, pan = all, and dēmos = the people. Thus the Greek epidemia referred to a disease (especially the plague) that stayed in one place and was “among” a group of people. Some centuries later, the term pandemic came into usage to refer to a disease that affected all people or a broader swath of the population. The WHO’s declaration that COVID constituted a pandemic was based on its spreading to other continents and peoples, and was thus medically and linguistically correct. But what about the crisis and emergency situation that we are now living under?

Both of these words have very interesting connections to diseases and contagions (contagion from the Latin contagio meaning to touch or have contact with something bad or unclean – so wash your hands people!). Scientists suspected that this novel coronavirus emerged as a zoonotic disease that moved from animals to humans, most likely at a market in China, creating an “emergency” (the emergence of something unforeseen or unexpected). But when did it become a crisis? Interestingly, crisis is etymologically linked to disease as well, even though we often use it in other contexts (including more recently with climate crisis). Crisis comes from the Greek krisis meaning a judgment or decision, often in the context of a trial. But it also referred to the turning point of a disease. In the 15th century, crise came to signify a point at which a change would come for better or for worse – in the case of a disease, a turning point between recovery or death. According to the Oxford English Dictionary, “crisis” still has a meaning in pathology related to this turning point, something that is particularly poignant when we consider those infected and hospitalized by COVID. In Spain and Italy, where the health systems have become overwhelmed, doctors have been forced to make judgments among those infected and decide who should get a ventilator and further treatment and who show little hope for recovery and must be left to die.

Our look at the origins of these terms reveals themes in which COVID-19: (1) cannot be easily contained among one group but instead spreads quickly to broader populations (pandemic); (2) emerged suddenly and unexpectedly (emergency); and (3) presents life-or-death decisions (crisis). Given the rapid proliferation of global infections, the lack of preparedness among governments, and the fatal consequences of decision-making surrounding the disease, the vocabulary we are using appears fitting. But these terms and the anxieties they inevitably prompt – such as lack of control and fear of death – are also susceptible to being wielded for political purposes.

Declarations of states of emergency have, for example, long been used by authoritarian political leaders to expand and abuse their powers. Emergency powers have also been increasingly used in democratic countries, with potentially long-term effects on the rule of law and the nature of political institutions. The lack of containment and control at the heart of the pandemic designation can be used to justify strong reassertions of government authority over certain groups. In India, authorities rounded up over 27,000 members of a Muslim missionary group accused by the BJP (Bharatiya Janata Party) government of intentionally spreading the virus, although members of the Indian scientific community indicated this claim was not supported by the data. In Azerbaijan, authorities have used emergency restrictions on movement to target political activists and journalists associated with opposition to the regime, and similar patterns of using the pandemic as an opportunity to repress political opponents and human rights have been noted in Hungary and Cambodia.

Political desires for reasserting territorial control amid a transborder pandemic and making life-or-death decisions during a crisis are also evidenced in U.S. discourse. In remarks about the coronavirus, President Trump stated that “this crisis has underscored just how critical it is to have strong borders” and to “secure our immigration system” – bolstering his party’s rhetoric on the need for increased control and restrictions over border crossings.  Also aligning with his political priorities to move towards America First nationalism and away from what he and his supporters often term “globalism,” Trump underscored that “we should never be reliant on a foreign country for the means of our own survival.” The need to rely less on multilateralism and international organizations is thus framed not only as a matter of public health, but more broadly as a matter of national “survival,” a crisis turning point of life-or-death for the country as a whole. This framing helps make sense of the administration’s subsequent announcement that it planned to halt all funding to the WHO (World Health Organization) pending an investigation into its “dangerous and costly decisions” regarding the pandemic. The language of the pandemic is also inextricably linked with specific political goals among Democrats.

Our discussion suggests that the use of pandemic, emergency, and crisis to describe the COVID-19 outbreak flows from the etymologies of these words, but is also rooted in political motivations. Given its linguistic connections to disease recovery turning points, the application of crisis to the spread of the coronavirus is arguably more fitting here than its much broader applications in other policy arenas. However, our discussion also highlights some examples of how these terms can be mobilized to support specific political ends. For that reason, we encourage greater attention to the power of language and more awareness regarding the use of these terms in political contexts. We might accept that extraordinary “emergency” measures need to be taken to preserve life in the wake of a global “pandemic” and medical “crisis,” while simultaneously being careful to notice how these terms can be used to persuade us of appropriate policy responses and to justify policy objectives that were at work prior to the COVID-19 outbreak.

Alise Coen is an Associate Professor of Political Science and Public & Environmental Affairs.

David Coury is a Professor of Humanities (German) and Global Studies.