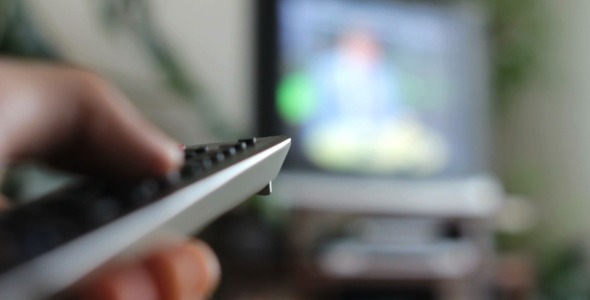 We asked instructors, staff, students, and alumni from across the CAHSS to tell us what they are reading, listening to and watching while they #stayhome.

Here are their movie and TV show recommendations:

“I love this show. I’m not really a fan of contest shows like this usually but they create some really amazing things. More importantly, the show is so positive. The judges and contestants are really supportive of each other.”

“Truth is stranger than fiction and this story of a man in Oklahoma with a Big Cat sanctuary is one of the strangest things I’ve ever watched. Both hilarious and horrifying.”

“Demonstrates what happens when government, science, media, communities, and business do not work together. I use it in every class as a way of teaching collaboration and empathy and also run workshops using it. It is uploaded in Canvas for my current online class. http://www.frostmc.com/workshops-retreats/ http://www.ah21cw.com/2014/07/leadership-through-theatre-ibsen-takes-on-business-and-management/”

“I watched the first season of Ozark when it first came out and am re-watching it now since there is a new season out. The show follows a family who launders money and the various struggles and crimes that occur in their secretive life. Great for those interested in law and crime (and a good drama)!”

Rosa Serrano (multi-ethnic student affairs): Along with the Gods: The Two Worlds (movie)

“This is South Korean film focused on the a man being escorted through the afterlife and his fate based on what he had done when he was alive. I’m recommending this because it was a really good, family friendly film and I’ve enjoyed re-watching it.”

“A zombie apocalypse in the setting of a historical era in South Korea. I recommend it for the suspense & plot twists.”

“As a graduating student, who won’t have a ceremony, I recommend this movie to get all those bottles up anxieties and emotions out through a good healthy cry (gotta love that catharsis). The story, and William Dafoe’s best role, will stay with you for a while.”

“If you love comedy as well as enjoy the drama/mystery of things like CSI and Law and Order, you’ll enjoy Psych. 9 seasons of amazing humor and running jokes. Watch for the pineapple in every episode!”

“Stardew Valley, available on pretty much every gaming platform (including mobile), is a open-ended farming simulator where the player delves into all kinds of activities governing farming life–growing crops, tending to livestock, selling produce, fishing, hanging out with eccentric townsfolk, and more. Sometimes, when everything is out of our control, it is nice to have a semblance of agency–that cabbage ain’t gonna water and harvest itself, champ.”

Bryan Carr (communication and info science): The Marvel Cinematic Universe…all of it (movies)

“Whether you’re new to the series or an old hand, there’s perhaps no more binge-able film franchise than the Marvel Cinematic Universe – 23 movies, most if not all are available between Disney+, Netflix, and Hulu, and only one or two clunkers in the bunch. Plus, it never hurts to get some good old-fashioned heroism in times like this, right?”

“There are nearly 700 episodes, they’re all on Disney+, and it’s one of the greatest TV shows ever made. Even accounting for the weaker latter half of the show’s run, by sheer tonnage it’s maybe the perfect show to binge during social distancing.”

“It’s an upbeat, goofy animated series that’s generally appropriate for all ages (with a few exceptions – parents may want to pre-screen certain episodes from the earlier half of the series’ run if they’re watching with kids) and celebrates the human weirdness that makes life special. One of the consistently best shows on TV, animated or otherwise.”

“If you love comedy as well as enjoy the drama/mystery of things like CSI and Law and Order, you’ll enjoy Psych. 9 seasons of amazing humor and running jokes. Watch for the pineapple in every episode!”

“Lady Gaga and Bradley Cooper give the fourth remake of this movie their all. Oscar, Grammy, and Golden Globe winners. I’ve seen it over 70 times, so I’m inclined to believe y’all should see it at least once.”

“To continue with my Jane Austin streak, PBS just aired Sanditon (unfinished last novel). 10 eps! There are great shows to be watched for $60 minimum donation to your local PBS station. A win-win!”

“Documentary on screenprinters who make Gig Posters, which is an assignment in my Screen Printing class. I’d like to have them not have to pay to rent it online.”

Have something to add? Recommend something here and we will add it next week.

Curiosity by CAHSS: What You Want to Know, See, Hear, and Do