Part Two of Our Common CAHSS: Beyond Sustainability Speaker Series

Speaker: Dr. Elizabeth Wheat is an Associate Professor in Public and Environmental

Affairs, Political Science, Environmental Science and Policy, and the Master of Science in Sustainable Management programs at the University of Wisconsin-Green Bay. 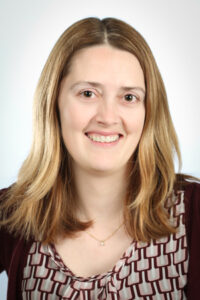 Description: The environmental justice movement in the United States began in 1982, when residents of Warren County, North Carolina, used non-violent tactics to oppose the siting of a toxic PCB landfill in their predominantly African-American community. Decades later, Sheila Holt described her family’s health struggles after the government of Dickson, Tennessee, protected white families from polluted drinking water but told her family and other Black families that the water was safe. She inspired countless of other people to think of environmental issues as human rights issues that must be addressed through confronting systemic racism. As I see protests in 2020 bringing many of the environmental justice crises into a bigger public discussion, I hope we can think beyond traditional environmental and sustainability challenges and really start addressing the core issues of racism that magnify existing environmental problems.