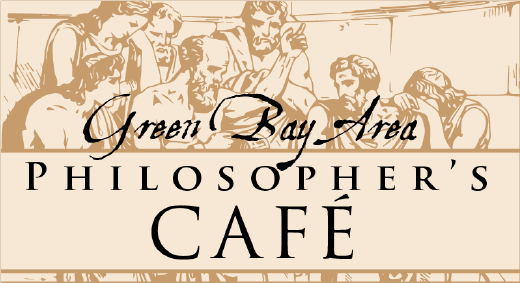 Philosophers’ Café: The Liberty of Thought and Discussion

Please join us Wednesday, April 14 to discuss issues surrounding the liberty of thought and discussion! Our discussion will be moderated by Dr. David Louzecky (Philosophy, UWGB-Sheboygan). As much as we’d like to maximize the liberty of thought and discussion, the burdens imposed by misinformation and disinformation are making it difficult to form rational beliefs and actions. Should I get vaccinated? Should we go green? Reasoning requires data. Where can Diogenes find an honest source? China controls what’s reported. Burma shuts down the internet. Facebook blocks sites. Twitter censors. Allegedly, the head of the FDA was told to approve or get fired. That’s prescribed, rather than proscribed, speech: it’s why Henry VIII removed St. Thomas More’s head. A French schoolteacher was recently beheaded for showing cartoons in a class on civil liberties. Bloom County’s cartoon on “Offensivity” was published 30 years ago. The death and suffering in the Texas snowstorm was blamed on wind mills. In a speech to the Federalist Society, Justice Alito expressed his hesitation to express himself on certain topics. Since civil servants have lost due process, and we seem more devoted to psychological manipulation than truth, I struggle to keep nihilism at bay. What troubles you about expression and thought? I’m interested. Perhaps we can skirt politics and the law and the First Amendment—and examine the issue philosophically. The classic argument can be found in Chapter 2 of John Stuart Mill’s On Liberty. Since I get stalled with utilitarian consequences, perhaps you can point me to rights or virtues. Lenin asked, “What is to be done?” Should we censor? What? By whom? Or should we increase the space that’s safe for discussion? More fundamentally, philosophically, why should the liberty of thought and discussion be valued?